Although historians disagree on exactly when Trier was founded by the Romans, they are agreed that it was no later than 16 BC - which makes it the oldest established city in Germany. The settlement was in a strategic position close to the Frankish territories, and so Trier grew in both size and importance, becoming the residence of the Western Roman Emperor. In about 418 AD the Emperor's administration was moved out of Trier, but the city continued to flourish as it still had a number of factories for the production of the Roman army's armour and clothing. The Franks saw Trier as a valuable prize, and captured the city in 459. Trier continued from this point with little change until 870, when it was absorbed into Eastern Francia, which in turn became part of the Holy Roman Empire. At around this time the city acquired the relics of Saint Matthias, which ensured the city became a destination for numerous pilgrimages.

Aside from wealth, another benefit of being a centre for early Christianity was that Trier gained political power throughout the Middle Ages, which was arguably its most stable period. The French invaded the city in 1794 under Napoleon, and in 1815 it became part of the Prussian Empire. Trier finally became part of the German Empire in 1871, and enjoyed a short period of renewed prosperity for the remainder of the century. The city was relatively untouched in the First World War, but suffered heavy bombing from the Allied Forces in the 1940s. But despite Trier's turbulent history, an amazing amount of the city's past has been preserved; as a number of different groups have left their mark on the city there are many different European architectural styles, including arguably the most impressive group of Roman monuments north of the Alps.

The immense Porta Nigra was the northern entrance to Trier, built by the Romans in about 200 AD. Its name means 'Black Gate', and it was called this from the Middle Ages because the stone became discoloured about this time. In the 11th century, much of the gate was turned into a church. This was dissolved by Napoleon in 1802, but he decided to spare the building from destruction. The Porta Nigra was designated a UNESCO World Heritage site in 1986, and today thousands of visitors take in the stunning building and its upper floors every year.

Possibly Trier's most famous son, Karl Marx was born in the city in 1818. His birthplace was purchased by Germany's Social Democratic Party in 1928, and was finally opened as a museum dedicated to his work in 1947. The museum has since been expanded to three floors, and features displays on communism across the world. 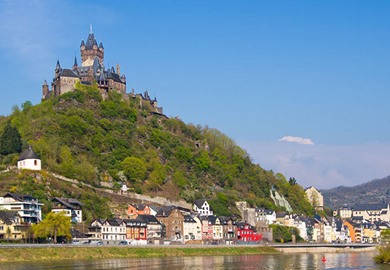 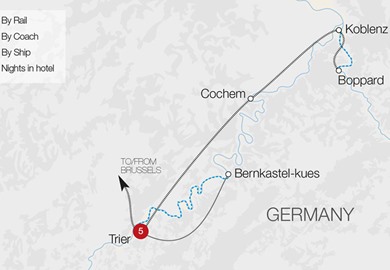