The Corcovado Train is a rack railway in Rio de Janeiro, Brazil, from Cosme Velho to the summit of the Corcovado Mountain at an altitude of 2,329 feet. The summit is known for its statue of Christ the Redeemer and its views over the city and beaches of Rio. Each train is formed of 2 carriages and has gone under reconstruction after originally opening in 1884. Onboard, the views are spectacular towards the summit, overlooking the Brazillian capital. 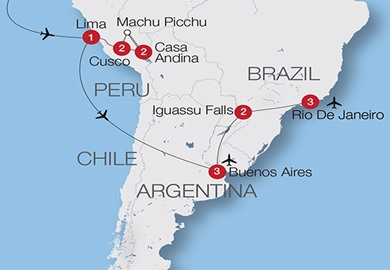