Day 1 - Heysham to the Isle of Man by ferry 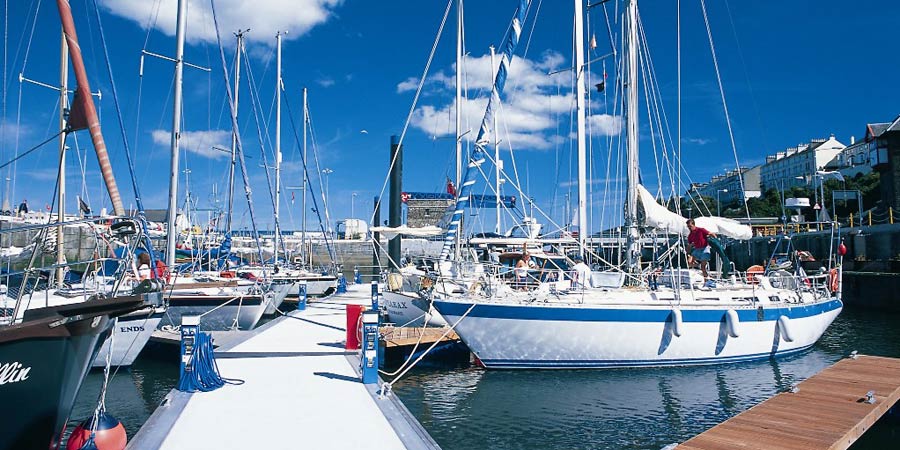 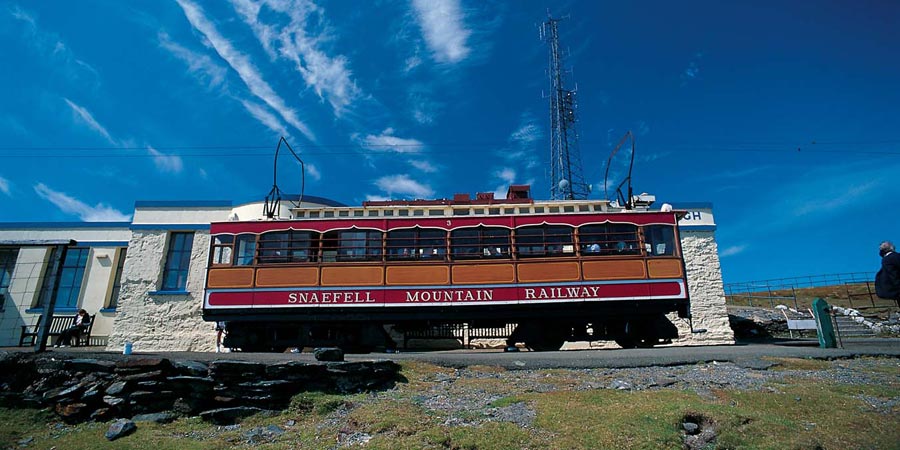 Our excursion today takes us to the summit of the island's only mountain: Snaefell. We begin with a journey north along Douglas promenade, travelling by historic horse-drawn tram*. The trams, known locally as 'toast racks', have been running since 1876 and remain a testimony to Victorian engineering, as popular today as they were when first introduced. We then board an electric train to take us to the fishing village of Laxey.

Here we board the Snaefell Mountain Railway - the only electric mountain railway in the British Isles, dating from 1895. The journey takes us all the way to the summit of Snaefell at 2,036 feet. On a clear day you can see England, Ireland, Scotland and Wales.

A café at the summit offers the opportunity for you to purchase lunch while enjoying the stunning views. We then return to Laxey, where you have time to explore. Separated into two parts, the main village and Old Laxey, which surrounds the picturesque tidal harbour, the town is home to the Laxey Wheel, the world's largest working waterwheel.

The 'Lady Isabella' was built in 1854 to pump water from Laxey's lead and zinc mines. It is possible to climb the steep spiral staircase to view the working wheel from the platform above. The wheel is one of the iconic images of the Isle of Man and to see it from above and in action is a fascinating experience. Later we make our way back to Douglas by electric train.

*Please note that the horse-drawn trams may not operate on the April and October departures. 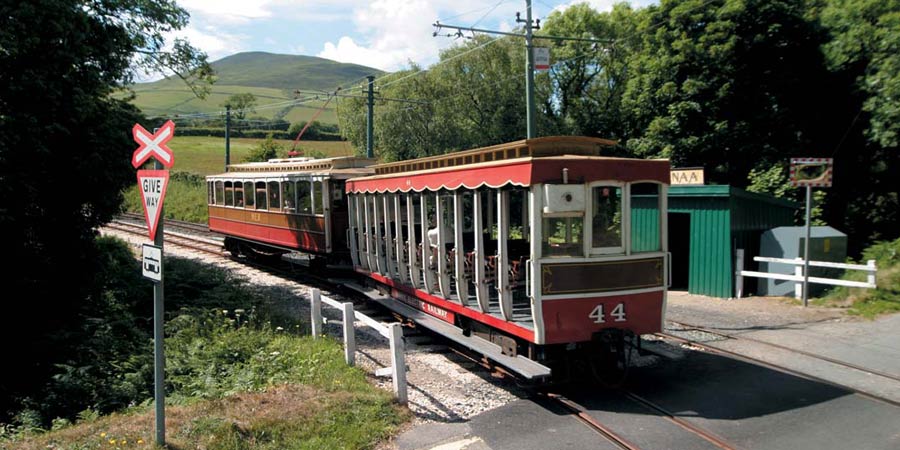 Today we take the coach to Peel - an old-fashioned fishing port whose quaint, narrow streets lead to its deep harbour. On the way you call at Tynwald Hill, in the village of St John's, where you see the Church of St John and the Tynwald Exhibition. The Tynwald claims to be over 1,000 years old with the earliest records dating back to 1422.

A parliamentary assembly, the Tynwald has operated under Celtic and Viking rule as an institution designed not to pass laws but rather to settle local disputes and as a community forum. The museum charts the history of this fascinating political entity and proves a delight to discover.

We then arrive in Peel. The thriving fishing industry and many smokehouses have made Peel famous for its kippers. During our time here, you may wish to visit Peel Castle, located on St Patrick's Isle, which dates back to the 11th century, or the House of Manannan, a museum that explores the island's Celtic, Viking and maritime heritage, which you can explore thanks to your included Heritage Explorer Pass. Alternately, seek out the kippers, which are regarded to be some of the finest in the country.

After some interdependent sightseeing, we enjoy a journey on the full length of the Manx Electric Railway from Ramsey to Douglas. The railway is recognised as the longest narrow-gauge vintage railway in the British Isles, taking you on a 17-mile journey through glorious countryside, across gorse-topped hills and along the stunning shores of the east coast on our way to Douglas. We make this journey travelling in the oldest working tramcars in the world. 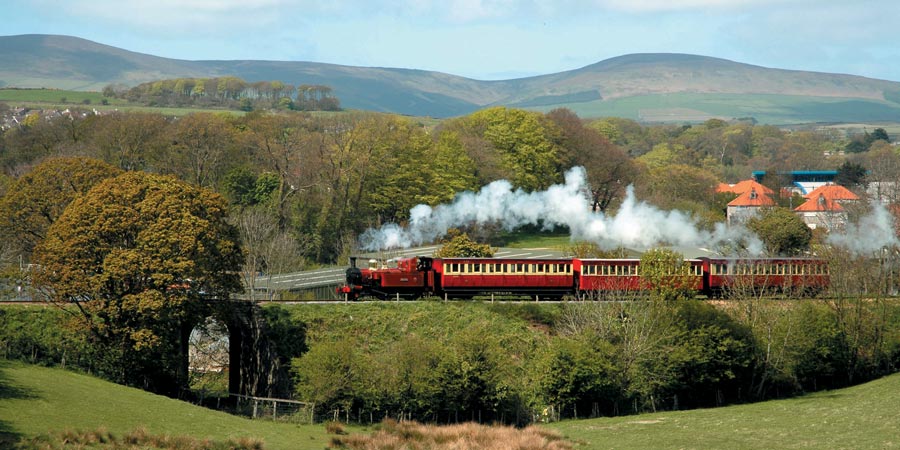 This morning we walk to Douglas railway station to board the Isle of Man Steam Railway, the island's oldest Victorian rail system. The mesmerising steam-hauled journey in restored heritage carriages takes us through verdant countryside, beside shimmering seaside scenery and past small towns and old-fashioned fishing ports. We pull into the station in Port Erin, an imposing town set within a beautiful bay on the south west point of the island. After time to explore, we are collected by coach for a tour of the headland overlooking the spectacular Calf of Man.

This terrific corner of the island is home to an array of delightful wildlife including seals and a wide variety of nesting birds. After touring the prominentary, we travel to Castletown, the island's ancient capital. Castle Rushen, a magnificently preserved medieval fortress, dominates the town and merits a visit during our time here, as do the Nautical Museum and the Old House of Keys. Entrance to all three sites is included with your Heritage Explorer Pass.

Day 5 is free to enjoy the island at leisure. An included Explorer Pass allows you to travel on the local trains and buses (payable locally). As the island is brimming with heritage and fantastic scenery, you are never without something interesting to see and do. One popular option is a tour of the Gaiety Theatre, the Isle of Man's opera house. Drenched in Edwardian splendour, this impressive room plays host to all manner of productions, and many of its rooms and exterior hark back to that age, with a wonderful main room decked out in splendid gold. Alternatively, perhaps visit the steam train sheds, which first opened in 1900.

Your included Heritage pass also allows you to explore a myriad of fascinating National Heritage sites on the island. One option is to visit the captivating Grove Museum. The preserved former home of the Gibb sisters, who lived here until the 1970s, the house has been practically untouched since Victorian times, granting its visitors a unique and compelling glimpse into the past. Exploring the house and grounds is like taking a step back in time, as you discover authentic Victorian furniture, clothing, farming equipment, and more.

After our breakfast, we make our way back to Douglas Sea Terminal. We arrive back into Heysham just after midday, where our tour concludes. You are then free to leave Heysham at your leisure. 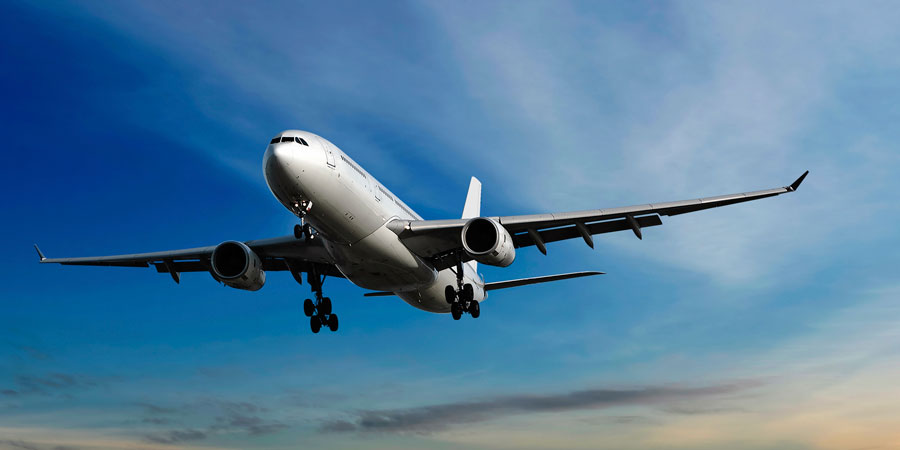 For this tour, we recommend arriving to, and departing from, Manchester airport Manchester is approximately 70 miles from your start and end point. 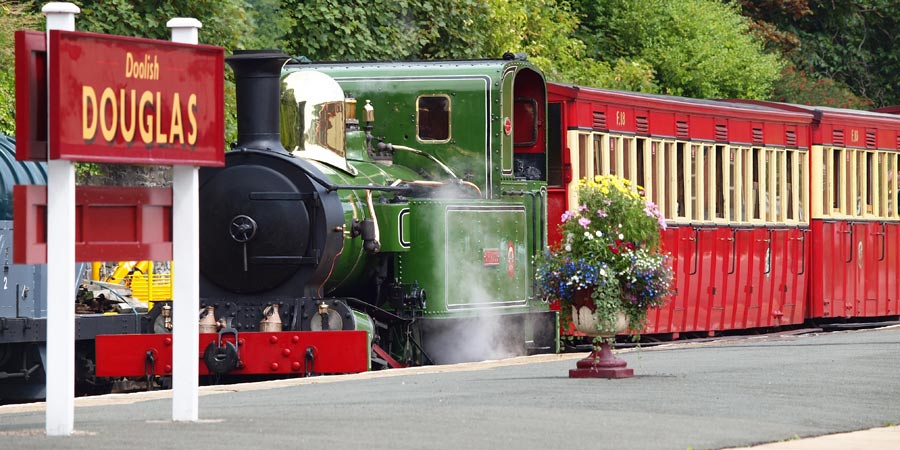 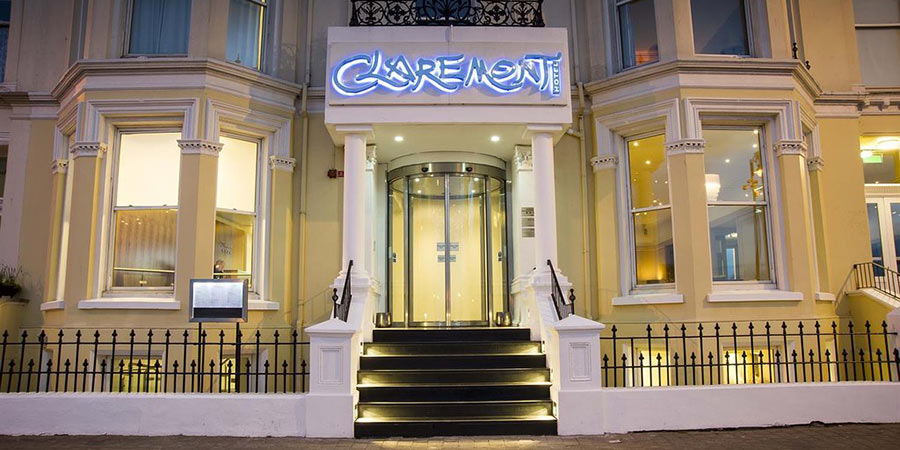 This page was printed from www.greatrail.com/us/tours/vintage-railways-isle-of-man-holidays/#MXB20 on 6 August 2020.
Call 01904 521 936 to discuss your holiday
© Copyright 2020. Great Rail Journeys
Print Tour